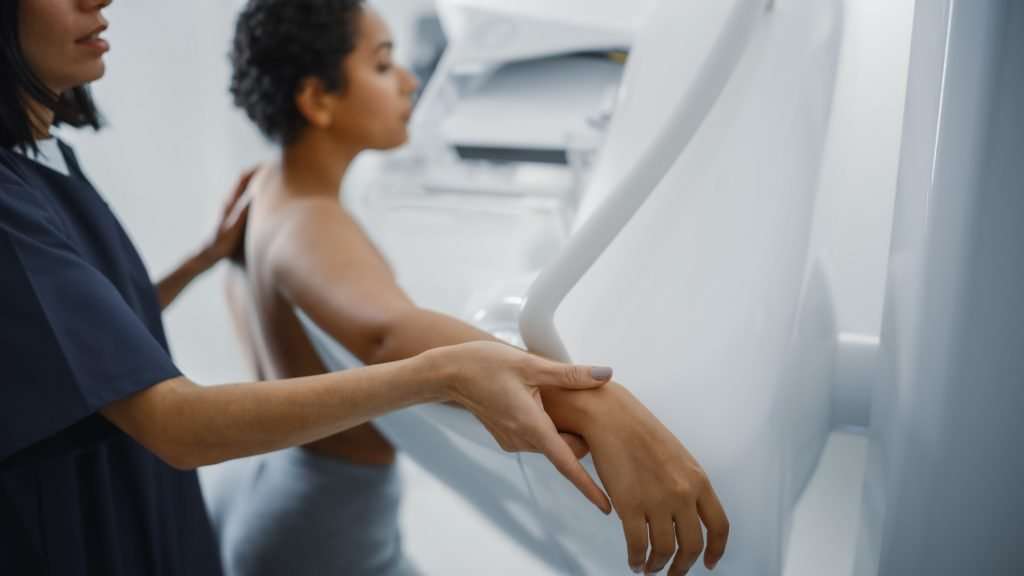 About 1 in 8 U.S. women (around 13%) will develop invasive breast cancer over the course of their lifetime. According to the WHO, in 2021 breast cancer became the most common cancer globally, accounting for 12% of all new annual cancer cases worldwide.

It’s clear that mammography and breast cancer diagnoses can benefit from AI, so what exactly are the trends we’re seeing in the space?

Mammography is the x-ray imaging of the breast and is a common part of the screening process to detect breast cancer in women as early as possible. Women aged 40 to 54 are especially recommended to get an annual mammogram and stay diligent with their screening process. Typically, women will go to a clinic for a mammogram and around 10% to 15% of them will require a diagnostic follow-up. This can take days or weeks, which increases the chances of missed appointments.

Diagnosing breast cancer from mammograms can be especially challenging because cancer can be hidden in the imaging by overlapping dense breast tissue, setting the stage for AI to improve diagnosis.

By the nature of screening, mammography also requires a significant amount of administrative overhaul. From initial screening to subsequent work-ups and an annual repetition of this process, many patients miss follow-up appointments and are difficult to monitor. The COVID-19 pandemic has especially primed the screening process for a significant backlog, as resources and physician attention was directed towards mitigating capacity restraints and providing treatment. AI can be used to process this backlog and prioritize patients who have frequently missed follow-ups in the past. A Google Health and Northwestern Medicine study in 2020 found that AI had a successful use case in sifting through patient mammograms and prioritizing cases for radiologists to help at-risk patients receive a same day follow-up, reducing the rate of missed cancers.

How effective is AI in diagnosing breast cancer?

For a bit of background, the metric involved for validating an AI algorithm’s success rate is known as the area under the ROC curve (AUC), which measures the performance of a diagnostic test. A ROC curve is a plot of the true positive rate as a function of the false-positive rate. In the case of AI validation, the higher the AUC, the better the model is performing at distinguishing between the positive and negative classifications.

MammoScreen, an AI vendor, performed a study in November 2020 in which 14 radiologists assessed digital mammography images across 2 sessions of review. Half of the dataset was read with the help of their AI algorithm and half was read without AI during the first session. In the second session, the opposite halves were switched. The study found that the average AUC of the readers without AI was 0.769, while the average AUC with AI was 0.797 — a clear increase in diagnosis accuracy which emphasizes the crucial role AI is beginning to play in mammography.

A separate study performed by British ML startup Kheiron Medical Technologies indicated that their algorithm, Mia, could serve as an effective second set of eyes. In the UK it is common practice to have two separate radiologists independently assess whether a woman should be called in for further screening. The study found that when one of these radiologists was replaced with Mia, the cancer detection rate was 8.4 per 1,000 women compared to a rate of 8.5 per 1000 women when two human radiologists worked on the same case. This underscores the principle that AI is simply not sophisticated enough to serve as a standalone replacement to a radiologist, but can work extremely effectively in augmenting his or her workflow to improve the accuracy of diagnosis.

From this series of studies and use-cases, one thing is clear: AI disruption into mammography is already underway and there are clear, measurable benefits to justify it. Between diagnosis guidance and tackling the massive backlog of missed follow-up appointments, AI can help radiologists diagnose breast cancer before the patient’s outcome is jeopardized. In Europe, double reading screening is considered the gold standard in cancer detection, as mentioned in the study completed by the British startup Kheiron Medical Technologies.

As radiologists struggle with massive amounts of patient data, why not use AI to serve as this second set of eyes? 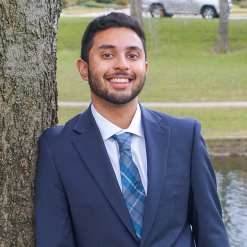 Shyam is dual-degree student at Northwestern University studying Biomedical Engineering and Communication. He has a passion to leverage the power of data, technology, and entrepreneurship to enhance health outcomes.